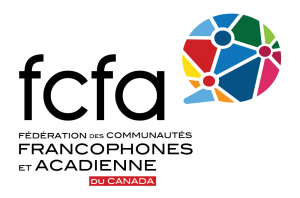 Ottawa, April 30, 2021 – French-language postsecondary education in minority settings is a critical part of the continuum of French-language education and is a significant contributor to the vitality of francophone minority communities and bilingualism in Canada. However, over the past few years, a collective awareness of the precariousness of this sector is emerging in the public space. There is a pressing need to conduct a comprehensive review in order to find pan-Canadian solutions to the issues that weaken the sector.

The Association des collèges et universités de la francophonie canadienne (ACUFC) and the Fédération des communautés francophones et acadienne du Canada (FCFA) announce the holding of a National Dialogue on postsecondary education in francophone minority context in Canada. This national process will allow our associations to take stock of the situation in order to find consistent and lasting systemic solutions to ensure the long-term sustainability of this sector. The process will span from the spring of 2021 to the spring of 2022.

This National Dialogue will be conducted in three stages. First, the ACUFC and FCFA will conduct targeted consultations with their members, partners and other stakeholders to clearly define the aspects of this national process.

Then, in the fall of 2021 and the winter of 2022, thematic consultations and citizens’ forums will be organized by the ACUFC and FCFA, where everyone can be heard and express their visions, needs and aspirations for the postsecondary education sector. This stage will begin with an opening event in the early fall of 2021, during which the process will be launched and explained, and the first thematic consultations on the urgency to take action will take place.

Finally, in the spring of 2022, the ACUFC and FCFA will organize the National Dialogue’s Summit. This major event will be an opportunity to review the thematic consultations, citizens’ forums and briefs submitted in order to identify possible solutions and develop an action plan to ensure the sustainability of French-language postsecondary education in minority settings.

The ACUFC and FCFA are looking forward to working together and carrying out this comprehensive review of the French-language postsecondary education sector, which will give voice to various stakeholders and focus on solutions. More details about the activities will be made available to the public prior to the summer recess.

“It is with great enthusiasm that I support the ACUFC’s and FCFA’s project to hold a national dialogue on postsecondary education within the francophone minority context in Canada. This will be an opportunity for the Canadian Francophonie to be heard on this important issue, and also to put our heads together to find solutions, since we know that a strong Francophonie is based on strong institutions. Our government will be there with you to roll up sleeves and get to work to support the vitality and sustainability of our communities.”

“All stakeholders will bring valuable expertise to this process. The federal, provincial and territorial governments, members of the francophone minority communities, organizations of the Canadian Francophonie, and those involved in postsecondary institutions in a francophone minority context, including staff, faculty members and students, will be invited to participate in the dialogue as part of the National Dialogue.”

The Association des collèges et universités de la francophonie canadienne (ACUFC) brings together 22 French-language or bilingual postsecondary educational institutions from eight provinces. Our vision: increase access to postsecondary education in French, thus creating an effective continuum of French-language instruction, from early childhood to postsecondary studies in Francophone minority communities. Through its presence in both national and international arenas, the ACUFC supports its members, who pursue a three-fold mission: an educational and research mandate, a strong commitment to the vitality of Francophone minority communities, in addition to acting as vectors in terms of economy and immigration, all across the country. The ACUFC also supports initiatives spearheaded by the Consortium national de formation en santé (CNFS) and the Réseau national de formation en justice (RNFJ). ACUFC.ca